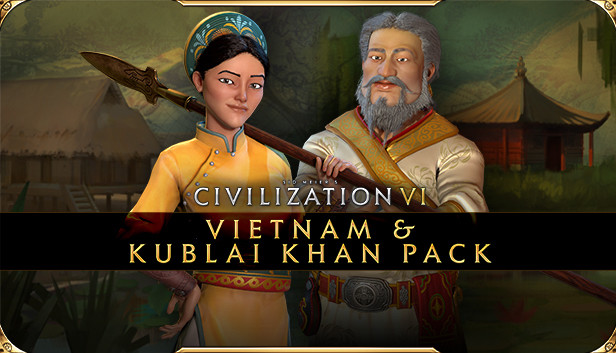 This content requires the base game in order to play: Sid Meier’s Civilization® VI (Mac)

The Vietnam & Kublai Khan Pack introduces Bà Triệu as the leader of Vietnam and Kublai Khan as an alternate leader of either China or Mongolia. Also included is the new Monopolies and Corporations game mode, as well as a new district (The Preserve), with new buildings (the Grove and the Sanctuary).

This new content pack introduces Bà Triệu as the leader of Vietnam and Kublai Khan as an alternate leader of either China or Mongolia.

*Civilization VI is required to play add-on content and some features of the Vietnam & Kublai Khan Pack require the Civilization VI Expansion Bundle to work.

Also includes Kublai Khan as an alternate leader for China and Mongolia (requires the Rise and Fall expansion to play as Mongolia.)