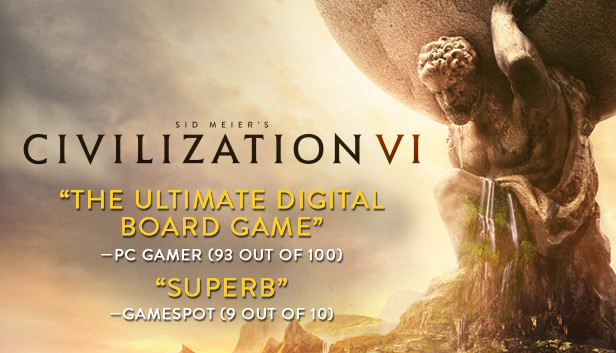 “It’s just the beginning of a new Civ chapter, and what a glorious, confident beginning it is.” – PCGamesN (9 out of 10)

“Possibly the biggest and deepest game in the series' 25-year history.” – IGN

Originally created by legendary game designer Sid Meier, Civilization is a turn-based strategy game in which you attempt to build an empire to stand the test of time. Become Ruler of the World by establishing and leading a civilization from the Stone Age to the Information Age. Wage war, conduct diplomacy, advance your culture, and go head-to-head with history’s greatest leaders as you attempt to build the greatest civilization the world has ever known.