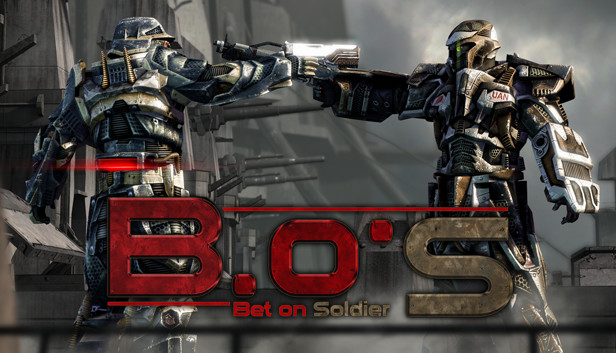 This war is different... It wasn't started by religious conflict or territorial desires. Nobody really knows why it began. Eighty years of war pulls a shadow down over the past.

Two massive federations manage the war like a business. Their employees are mercenaries, valued on the stock market and paid per kill. But for the elite soldiers in this war, that pay is not enough.

The Bet on Soldier programme was created to entertain and to make a greater profit from the greed of the elite warriors. When two such soldiers compete, wagers may be placed on the outcome... providing a healthy income for battle-hardened veterans and sport for the masses.