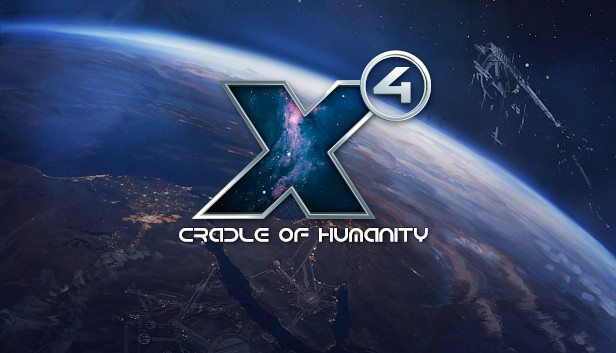 X4: Cradle of Humanity, the second big expansion for X4: Foundations, brings the X series back to Earth. While significantly increasing the size of the game's universe with new sectors, the expansion also welcomes two Terran factions to X4: Foundations, along with their economy, ships, weapons and stations. New game-starts introduce the identity and political stance of the Terran factions, as well as give an alternative perspective on existing story developments in X4: Foundations.

X4: Cradle of Humanity also sheds a light on what has happened to Earth in the decades since the jump-gate shutdown. Furthermore, a certain pirate faction that is well known to fans of the series is making a dramatic comeback.