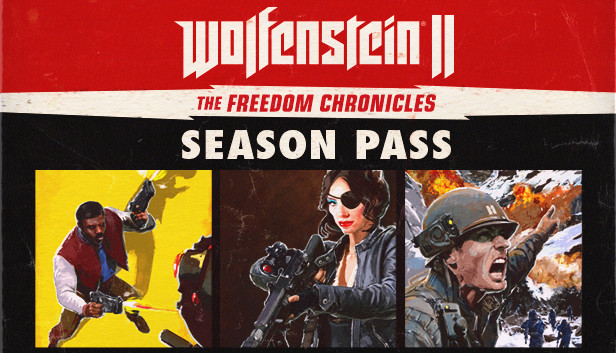 Your mission to liberate America from the Nazis has only just begun. Continue the fight with the Wolfenstein® II: The Freedom Chronicles Season Pass and get access to all three DLC packs. Play as new larger-than-life American heroes Joseph Stallion, Jessica Valiant, and Gerald Wilkins! Visit never-before-seen American locations corrupted by the Nazis! Use your guns and abilities to kill every Nazi in your path! Only you can overcome the Nazi threat in... The Freedom Chronicles!