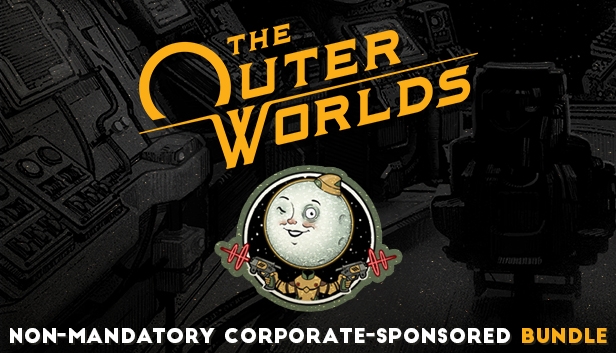 For fans who want it all, The Outer Worlds: Non-Mandatory Corporate-Sponsored Bundle includes:

The Outer Worlds is the award-winning single-player first-person sci-fi RPG from Obsidian Entertainment and Private Division.

Lost in transit while on a colonist ship bound for the furthest edge of the galaxy, you awake decades later only to find yourself in the midst of a deep conspiracy threatening to destroy the Halcyon colony. As you explore the furthest reaches of space and encounter various factions, all vying for power, the character you decide to become will determine how this player-driven story unfolds. In the corporate equation for the colony, you are the unplanned variable.

The player-driven story RPG: In keeping with the Obsidian tradition, how you approach The Outer Worlds is up to you. Your choices affect not only the way the story develops; but your character build, companion stories, and end game scenarios.

You can be flawed, in a good way: New to The Outer Worlds is the idea of flaws. A compelling hero is made by the flaws they carry with them. While playing The Outer Worlds, the game tracks your experience to find what you aren't particularly good at. Keep getting attacked by Raptidons? Taking the Raptiphobia flaw gives you a debuff when confronting the vicious creatures, but rewards you with an additional character perk immediately. This optional approach to the game helps you build the character you want while exploring Halcyon.

Lead your companions: During your journey through the furthest colony, you will meet a host of characters who will want to join your crew. Armed with unique abilities, these companions all have their own missions, motivations, and ideals. It's up to you to help them achieve their goals, or turn them to your own ends.

Explore the corporate colony: Halcyon is a colony at the edge of the galaxy owned and operated by a corporate board. They control everything... except for the alien monsters left behind when the terraforming of the colony’s two planets didn’t exactly go according to plan. Find your ship, build your crew, and explore the settlements, space stations, and other intriguing locations throughout Halcyon.

Experience the thrill and emotion of The Outer Worlds with the dramatic score from composer Justin E. Bell. The Outer Worlds (Original Soundtrack) features 43 songs that highlight the brilliant locales, unforgettable characters, and thrilling moments players experience in the critically acclaimed RPG.

Select pieces were performed by a 70-piece orchestra and featured solos by internationally renowned low flute specialist Peter Sheridan. Peter played the rare contrabass flute and subcontrabass flute which you can hear in the opening of Hope (Title Theme).

Way of the Hunter, ELDEN RING, Biomutant, Hard West 2, Cuphead – these are the games you have a chance to win as an early Christmas present from YUPLAY, along with many other top titles. Buy ANY game from the store and you are in with a shout, just check this blog post every day to see if you are among the winners!
...read more

It is our pleasure to announce yet another brand-new promotion at our beloved YUPLAY site. This time we are giving away a FREE game to EVERYONE that makes an order of 10 EUR or more. That’s right, just add a game or games with total value over 10 EUR and you will see a designated pop-up window in which you should confirm that you want the free game added to your cart.
...read more
You may also like 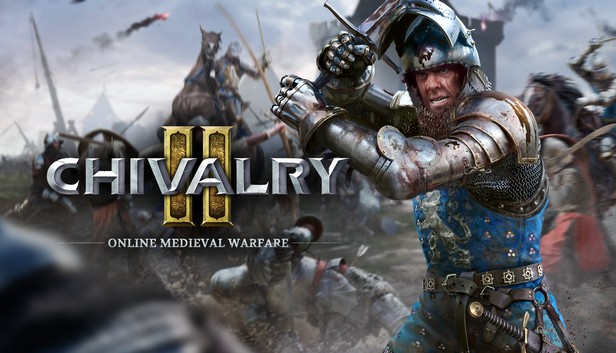 Way of the Hunter + Bonus

55.29$ 16.19$
Stay connected
Newsletter
Blog
Find daily news out of the gaming industry or even lifestyle in
Visit our blog
follow us on
Top