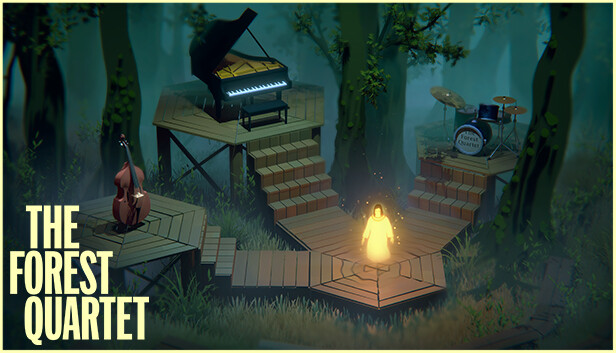 The Forest Quartet is a puzzle adventure about a gone, but not forgotten, lead singer.
Play her spirit and travel through 3 acts unique to the members of her band for a final concert.
Face their emotions, solve puzzles and fight the corruption plaguing their souls.

A STORY OF LIFE

Note from the developer:
The Forest Quartet is a personal and family made project. The original jazz score is composed by Mads' father (Kaspar Vadsholt), Nina is voiced by his sister (Nina Vadsholt, artist name: NV-4), the soundtrack is performed by select musicians from The Danish Radio Big Band based in Copenhagen, Denmark.