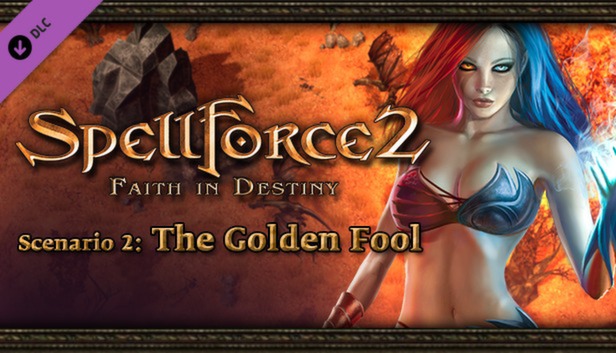 Save up to 78
3.99€ 0.89€
Available Platforms:
Can be activated in:
United States
Delivery:
Instant Delivery
Release Date:January 18, 2013
Product type:DLC
Publisher:
THQ Nordic
This content requires the base game in order to play: SpellForce 2 - Faith in Destiny

Ever since Amun Kar invented the game of stones Drakkar, there has been a legend of the golden fool, a stone that was created only once, and defeats every other stone. After Carla was defeated in Shadow Wars, she risks everything to find that stone to regain her reputation as Drakkar champion. The search begins in the Tuscari Desert, but she soon realizes that she isn't the only one looking for the fool. A bitter battle for the golden fool soon arises...