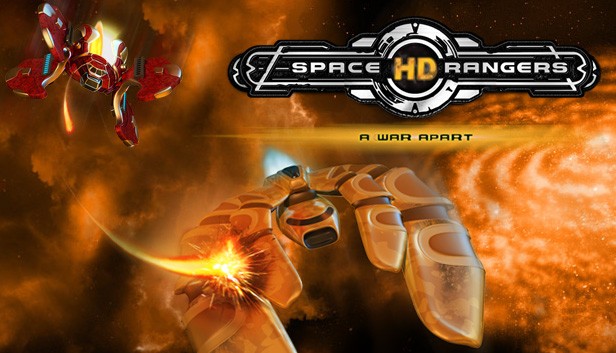 Space Rangers HD: A War Apart remasters and enhances the world of the cult Space Rangers 2. The game was developed by the SNK-Games team in close cooperation with fans of the series. New story branch, upgrades, equipment, planetary battles and famous text adventures expand the boundaries of the already lush universe of the game in every direction, roughly doubling the game content.

The game has also received a major technical overhaul to for seamless compatibility with modern OSes. Game art was reworked to support display resolutions of up to 1920×1200 and planetary battles employ modern render technologies.

Space Rangers HD: A War Apart takes place in 3300AD. Our galaxy is invaded by the Dominators, combat robots that come under the influence of an alien technology. Players find themselves in a living, breathing world where they can engage in multiple activities: fight in space and hyperspace, trade, accomplish government missions, liberate planets from the Dominators in 3D RTS battles and complete text adventures leading to unique plot twists and rewards. The game ending is not set and players may find a victory of either side at the end – anybody can live the life of a pirate as well as that of a hero. All player actions affect what kind of place the Galaxy will be at the end.