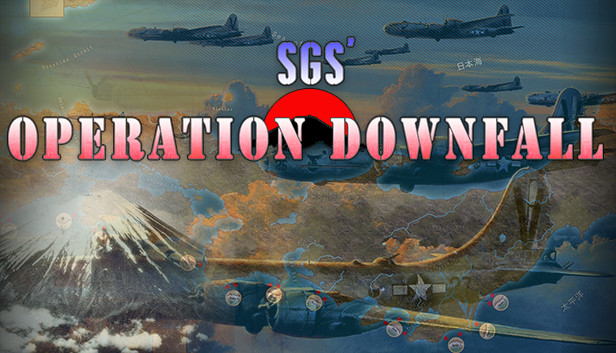 We are all aware that the atomic bombings of August 1945 on Hiroshima and Nagasaki precipitated the Japanese surrender at the end of World Ward II. But what would have happened if the Manhattan Project has failed or known such delays that the bombs could not be made ready in time?

Operation Downfall was the codename for the Allied plan of invasion of the Japanese home islands. The operation had two parts: Operation Olympic and Operation Coronet. Set to begin in November 1945, Operation Olympic was intended to capture the southern third of the southernmost main Japanese island, Kyūshū, with the recently captured island of Okinawa to be used as a staging area. In early 1946 would follow Operation Coronet, the planned invasion of the Kantō Plain, near Tokyo, on the main Japanese island of Honshu. Airbases on Kyūshū captured in Operation Olympic, and possibly other captures on nearby Shikoku, would allow land-based air support for Operation Coronet. If Downfall had taken place, it would have been the largest amphibious operation in history.

Japan's geography made this invasion plan quite obvious to the Japanese as well; they were able to accurately predict the Allied invasion plans and thus adjust their defensive plan, Operation Ketsugō, accordingly. The Japanese planned an all-out defense of Kyūshū, with little left in reserve for any subsequent defense operations. Casualty predictions varied widely, but were extremely high. Depending on the degree to which Japanese civilians would have resisted the invasion, estimates ran up into the millions for Allied casualties

In this game you will be able to experience the two landing and the overall amphibious assault against the Japanese home islands in 1945 and 1946.

The game scale is at division level for land units, wings for air units. Naval forces are abstracted and other special weapons such as Kamikaze or Midget submarines represented by events or the play of combat cards. Each region is about 100 square miles, and a turn represents 1 week of real time.

Scenarios vary in length, for 10 to 27 turns. They will offer you various starting options (more troops, more replacements, more air support, different at start positions, airborne operations) that may alter the historical setup and offer vast replayability potential. Soviet intervention in the operation, as planned against the northern island of Hokkaido is also included. And Japanese domestic politics, as well as the role of the Emperor and its protection from capture are also considered.

There were dozens of estimates on how the operation would unfold if it had been undertaken. All concur on Japanese stiff resistance and a huge level of casualties never seen before, a prospect that was potentially raising hell also at home on the US political front.

Opposition between the Navy and the Army in the US was tense on the different aspects of the plan, as well as the means and weapons to be used. Another similar fierce fight existed inside the Japanese power circles between the proponents of the so-called Peace Faction and their adversaries willing to fight till the last of the millions of subjects of the Emperor.

That battle would have been gigantic and of never-seen before proportions, no doubt!

Would you like to try and explore the fight with SGS Operation Downfall?