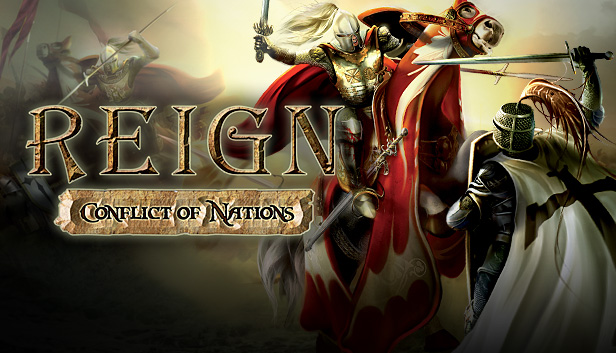 Reign: Conflict of Nations is a large-scale real-time historical strategy game covering three centuries of medieval Europe. The player becomes a monarch testing their skills by controlling one of 26 unique fractions as they develop smart economics, work political maneuvers, maintain thoughtful diplomacy, take care of resources and wage war. As the ruler players have absolute command and the ability to thrive or fail and die.
Reign: Conflict of Nations allows players to have a well thought-out and historically accurate system of building and assigning labor forces in cities, a large selection of scenario-based and random missions, an expansive and realistic technology tree, more than 150 types of military units and elaborated graphics and animations which bring the war to life.

It is the year 1350. A terrible plague was born from the bloated belly of Asia… The Black Death emerged in the Genovese cities of Crimea, crawling on to Istanbul, and finally reaching Italy aboard merchant ships. After wreaking devastation upon Germany, France and England, it turned East, flooding into the Baltic lands, and soon reaching the borders of Russia…
On the vast lands lying between Krakow and the golden domes of Moscow, the plague gathered its last rotting harvest and vanished into dense forests of Russia. There, on the outskirts of Europe, lie the lands of Russia and Poland, destined to bring down the tyranny of the Golden Horde and the chivalric orders, to fight for freedom and independence, and survive the deadly struggle for dominance which spreads from sea to sea.
The dice of fate have been cast. The new empire shall carve its path to greatness, and reign over the conflict of nations.