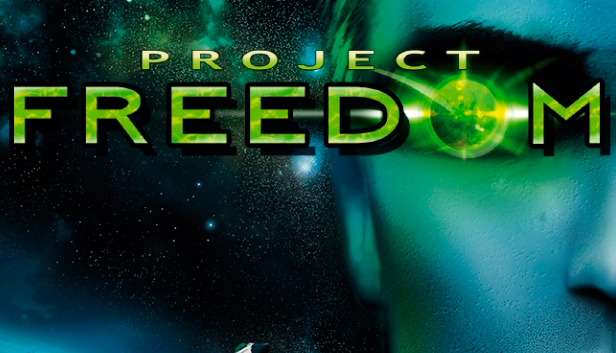 Project Freedom is pure action game placed in open space and different planet’s surfaces. As a soldier of one of the Earth’s armies involved in a great domestic conflict, the player finds himself behind the wheel of a powerful and fast space fighter and is thrown to the center of fight and action. The stakes are to control the entire Solar System, so everybody is in an extremely deadly mood. The player’s role is to control a newly designed space fighter and to take maximum advantage of weapons in destroying all of the enemy crafts and spaceships he runs across.

The action takes place in several different locations throughout our solar system including: inside a group of asteroids, in the path of Jupiter or Earth’s orbit, the surface of the moon, Saturn’s rings or in open space. The graphics represent the maximum effect possible today, including latest graphic adapter technologies like Pixel Shaders 2.0 and 1.4 so fighting in outer space and destroying hundreds of robots, spacecrafts and huge ships will provide unforgettable thrills and fancy.