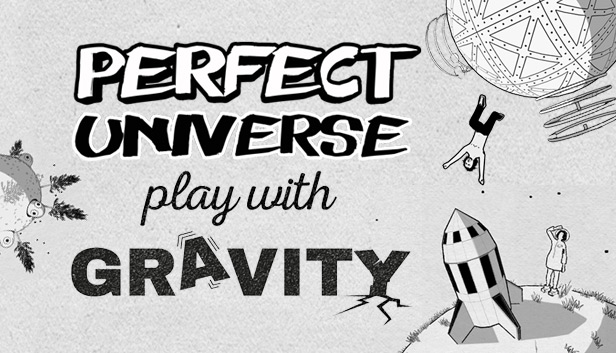 Perfect Universe is a collection of 9 physics games themed around gravity. Use a planets gravitational pull to glide around an entire planet to maintain velocity, maneuver a rocket ship across several levels and control an odd alien species with a intricate and challenging control scheme.

A classic platformer; you will be able to jump, climb and glide across a selection of levels with each level becoming progressively more dangerous by introducing crushing hazards and dangerous saw blades.

Guide Mr Legs (bipedal alien being) through hazardous levels using a intricate and bizzare control scheme where you control each of Mr Leg's limbs.

A new take on the classic "thrust" game genre.

Launch your ball across entire planets in an interplanetary game of golf.

A volley ball game set on a single planet. Hit the ball too hard and it could use the planets gravitational pull to go around the entire planet!

Control Mr Legs and pop as many balloons as possible.