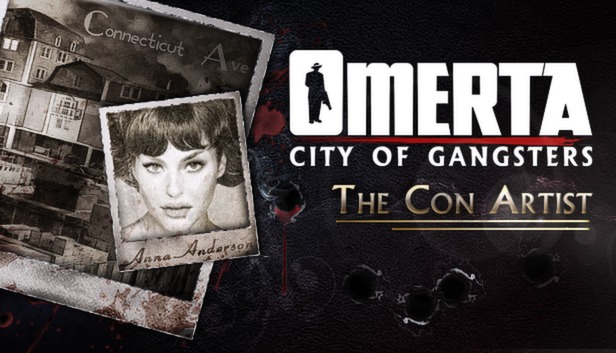 New Jersey, February 1919. A young woman claiming to be Anastasia Romanov disappears after raising a considerable sum of money from local Russian immigrants who supported the royalist regime in Russia. The police suspected a con scheme but the very people that gave the money truly believed that the self-proclaimed Romanov has gone into hiding because of Soviet spies threatening her life.

The person in question was Anna Anderson. She is known to be a charismatic and influential socialite with striking good looks. Her personality baffles investigators and people acquainted with the case and on one could tell whether this was a brilliant con act or the naked truth.

Experience the "Greatest con of all time" in this action-packed expansion of the Omerta – City of Gangsters storyline with a mysterious lady as a new gang recruit and a new district with an exciting scenario to complement the epic gangster tale surrounding “The Boss”.