Northgard - Ratatoskr, Clan of the Squirrel 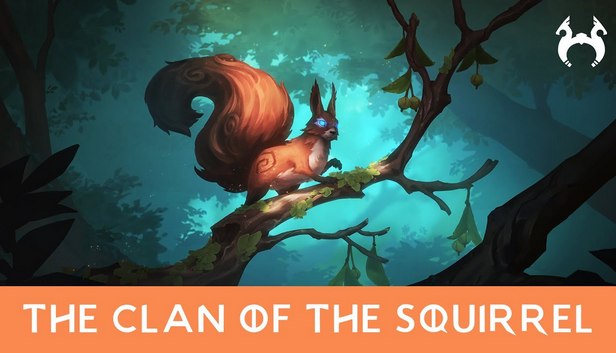 Led by Andhrímnir the Clan of the Squirrel knows better than most how to enjoy the present moment but not at the expense of being farsighted and expert at managing resources.

. For all that, their warriors and prowess on the battlefield should not be underestimated! Furthermore, with

- Ratatoskr as their totem animal, the clan is also adept at using manipulation and sowing discord in order to further their goals!

Named in after the Æsir’s cook, Andhrímnir displayed unprecedented skills in the culinary arts from a young age, despite fierce competition within the clan.

- The clan hoards greedily in anticipation of winter

- 2 months before it begins and can count on a +30% increase in production during this period. However, they have a harder time during winter itself as they consume more Food and Wood (+15%).

- The Squirrel clan gathers ingredients in its territory, depending on the zones’ types.

- The Stove replaces the Brewery, where Cooks can prepare meals, providing massive bonuses.

- The clan can achieve the unique Ratatoskr Victory: reach 1500 Fame.

- You can prepare Meals for your allies, for an additional Food cost.

Gift Routes allow you to share your resources with other clans. It is the best way to build good relationships with potential allies. It also works very well with Northgard neutral factions (3 times better than normal trade routes).

- Plot for the Throne

- You gain Fame based on your extra population compared to your most populous opponent.

- Arrival of new villagers increases by 5% every 100 Fame.

With this, you will have all the tools you need to achieve your unique Ratatoskr Victory by outclassing any enemy that will dare to face you.