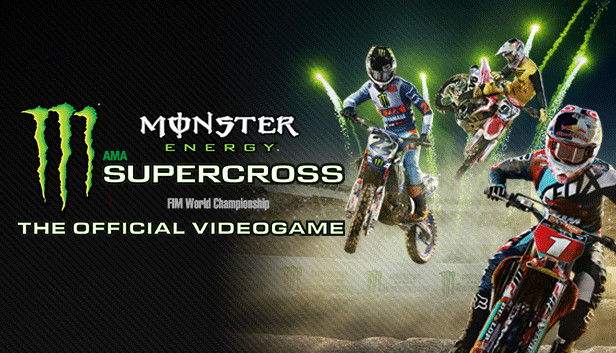 Live the adrenaline and the excitement of the 2017 Monster Energy Supercross Championship with MONSTER ENERGY SUPERCROSS - THE OFFICIAL VIDEOGAME!

Race with the official riders from 250SX and 450SX on the official tracks, Daytona included, to experience one of the most spectacular and entertaining racing competition ever!

Discover the Track Editor feature for endless gameplay possibilities: select your stadium, create your own track and share it online with your friends.

Customize your rider and bike as you like, with countless possibilities, with more than 80 official brands and 300 items available, and challenge yourself in conquering the top of the leaderboard.

Race alone or against players from all over the world thought different offline and online game modes!

Feel the rush of adrenaline, enter the arena and be the King of Supercross!