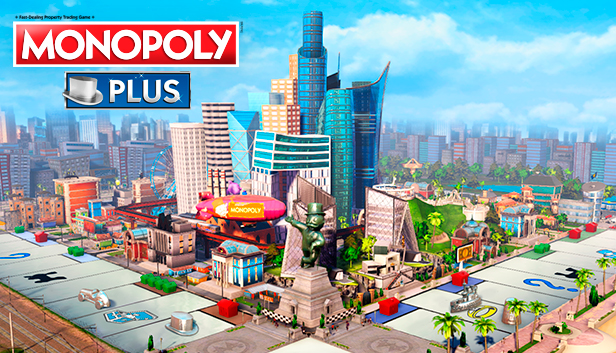 EMBARK ON A JOURNEY TO OWN IT ALL!

Build your empire on a colorful and 3D lively city animated by funny sidekicks! MONOPOLY® PLUS brings the classic franchise to a new level on PC with amazing animations, customizable house rules!

A real living board

A full 3D city at the center of the board lives and evolves as you play. You own a miniature world where each neighborhood has its own unique identity and characteristics. Its friendly inhabitants will interact with your progression throughout the game and celebrate your achievements, bringing a new dimension to your experience. Feel that you own something special and admire your empire grow right in front of your eyes!

Play the way you want

You can change the rules and adapt them to your playing style. Play the famous Speed Die mode to spice up your game or select from a catalogue of 6 house rules chosen by Monopoly community members from around the world!