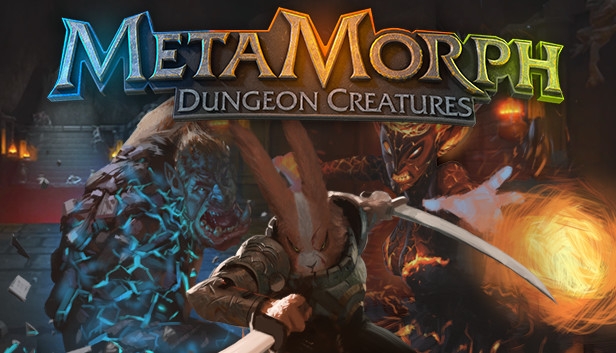 From the creators of the critically acclaimed Stronghold!

MetaMorph: Dungeon Creatures is an arcade action game which draws heavy inspiration from ARPG such as Gauntlet, Path of Exile, Diablo and Magicka. Surviving the dungeon requires quick reactions and morphing between three unique heroes to counter and crush hordes of demonic foes. Charge into enemies as the lightning fast Rabbit, crush them with the monstrous Ogre and burn whatever remains with the Nymph’s Inferno!

Customise your team of heroes for each level and transform between them to survive! Freeze poisonous creatures in their tracks, melt ice elementals into the dungeon floor or simply cleave them in two with a well-timed Sword Flurry. Experiment with new morphs as you conquer a series of increasingly challenging lairs, collecting and upgrading the powers of fallen heroes as you descend ever deeper into the dungeon that claimed them.