Lords of the Realm Complete 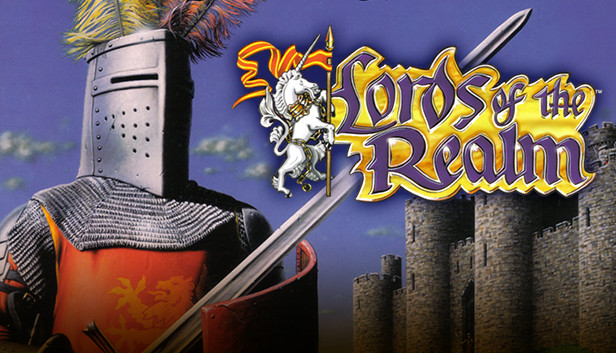 Lords of the Realm Complete includes:

The evil sorcerer Balkoth and his horde of followers have laid waste to the pastoral lands of Urak. Once magnificent cities lie in ruin, and the Great Temples of the land once devoted to learning are now overrun by Balkoth’s worshippers. Those that remain pray for a leader to rise from the ashes.

Lords of Magic builds on the strategy template of the Lords of the Realm series and infuses it into a fantasy role-playing epic. Wield fantastic sorcery as you explore the lands, develop your abilities and form powerful alliances.

Lead an army into the darkness and prove yourself a true Lord of magic!

Lords of the Realm

The year is 1268, the English throne lies empty, and power-hungry lords are ready to wage war for newfound power. Your people now look to you to lead them to glory and prosperity. Manage your lands, strike bargains, betray alliances and ultimately destroy your rivals in this classic combination of turn-based and real-time strategy, and become the undisputed Lord of the realm!

Medieval Strategy on a Sweeping Scale
You begin as the ruler of a small county, but lead wisely and keep your people secure and thriving, and soon you’ll broaden your horizons.

Manage your farms, make trade negotiations, build castles, flatter and deceive your opponents and then march your armies into the lands of your rival nobles. Unify the land under your rule, and prove you have what it takes to be King.

Lords of the Realm II

The lands of England and Wales are ruled by powerful feudal nobles who cruelly oppress the people. They all have their eyes on the English throne, and they’re willing to do anything to seize it. The people cry out for a leader who can unite them: A leader worthy of a kingdom.

Advancing the series’ trademark template of turn-based and real-time strategy, Lords of the Realm II takes you into the intrepid struggle of 13th century England. Turn a ragged band of peasants into an army, build massive castles, make and break alliances, and conquer your enemies on the battlefield. The road to the throne will be dark and treacherous – will you have what it takes to become King?

Lords of the Realm II includes:

Multiplayer notice: Playing over the Internet is no longer possible. Playing through a LAN is still available.

Lords of the Realm III

Be the master of all you survey on a noble quest to be King. Raise armies of valiant knights and construct mighty castles. Rule your lands with the dutiful assistance of serfs and merchants. Roll your catapults over enemy bodies and siege castles while defending your own. Your court awaits your command!

Lords of the Realm III is a real-time strategy game of historic medieval conquest that spans castle building, siege, politics, religion, and conquest. The game is set in the Middle Ages, between 850 AD and 1350 AD, and features authentic castle designs and characters. Various scenarios and campaigns encompass the British Isles, Germany, France, Normandy, Brittany, Flanders and Denmark. Extending the medieval world beyond combat, Lords of the Realm III takes into account the powerful clergy and merchant classes of the time which are important factions in the player's quest to become King.