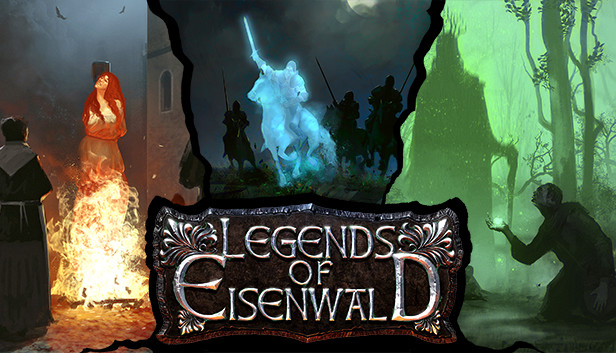 Legends of Eisenwald is an adventure game with tactical battles, RPG and strategy elements. Take the lead of a small feudal army and try to defend your right to survive in this ruthless medieval world.

The mysterious lands of old Germany are waiting for you - it's a land where the superstitions of the time have come to life. This isn’t a fantasy game. There are no elves or dragons here. There are only people - and their passions, sins and fears that often take a tangible form. Which path will you choose? Live according to your conscience? Or live by power and might? Or will you live by justice? And what is your justice, really?

IMPORTANT NOTICE: Similar to games like Disciples 2 and HOMM, there may be points farther into the game where you lose it all, troops, gold, inventory. All those things you worked so hard for. This is part of the game, not a bug. And you wont know when.... Be warned.