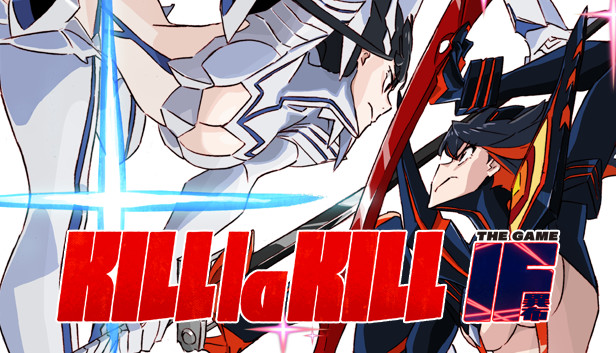 *STORY* You control Satsuki Kiryuin as the main protagonist of this game, and proceed along with the story while battling against various characters. All scenarios are completely new and fully supervised under the watchful eyes of the original scenario-writer, Kazuki Nakashima. You will be experiencing the story unfold from the perspective of Satsuki Kiryuin, the rival of the original series' protagonist Ryuko. *THREE BASIC BATTLE ACTIONS* Basic actions include "Normal Attack", "Guard" and "Break Attack". These actions operate against one another much like in a game of Rock, Paper and Scissors. *Normal Attacks* A fast attack with little openings. There are "Close Ranged Attack" and "Long Ranged Attack". Press either of the attack buttons repeatedly for auto combo! *Guard* Blocks against all normal attacks and takes no damage. However, players are unable to guard against Break Attacks. *Break Attack* A slow, wide-range heavy attack. Able to penetrate past your opponent's defenses, but leaves you wide open. *BLOODY VALOR* Faithfully reproduced from the original anime series, "Battle and engage in heated debate with your opponent" in the KILL la KILL way! Activate the "Bloody Valor" when you're not being attacked, and hit the opponent with the burst to start the debate! The attacker and the defender will choose from 3 types of phrases; "Taunt (rock)," "Provoke (scissors)," and "Mock (paper)." The phrases are set up like an RPS game. The attacker wins if they have the stronger hand or is even. If the attacker has the weaker hand, the defender wins.
© ARC SYSTEM WORKS / ©TRIGGER,Kazuki Nakashima/Kill la Kill Partnership
windows Minimum
OS: Windows 7 / 8.1 / 10 (32bit/64bit)
Processor: Intel Core i5-7500
Memory: 4 GB RAM
Graphics: GeForce GTX760 2GB
Storage: 16 GB available space
Directx: Version 11
Network: Broadband Internet connection