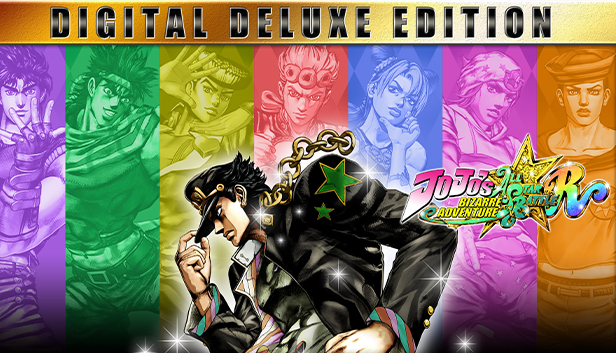 Pre-order now and get the following content as a bonus

Unlock the Prisoner Uniform outfit for playable character Jolyne Cujoh for use in-game.

The Deluxe Edition includes the full game, Season Pass, and 5 Outfits. Hirohiko Araki's masterpiece, brought to life! Battle with 50 characters, wielding Stands, Hamon, and more! See how characters who could never meet in the story interact!