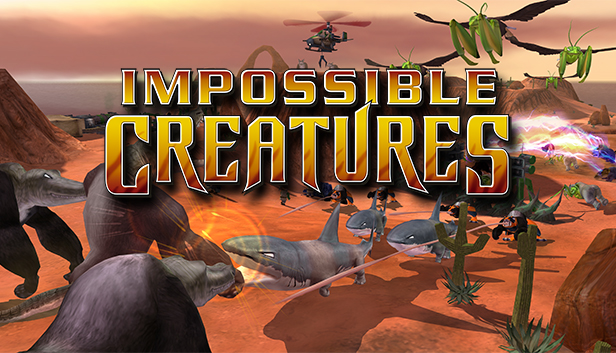 Set in a fantastic 1930s world, “Impossible Creatures” is a 3-D, real-time strategy game by Relic Entertainment the creators of Homeworld, Dawn of War and Company of Heroes that pits the player against an evil villain in a desperate campaign across a chain of remote and diverse islands. Using Earth’s most formidable animals as building blocks, the player must create an army of genetically-altered mutant monsters in a titanic struggle to protect an unsuspecting world.