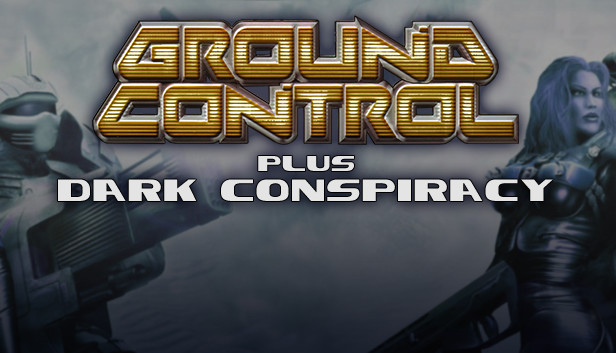 A classic blend of action and real-time strategy
The year is 2419 and mankind is on the brink. War has devastated Earth, and mega-corporations take to the stars to fight over colonised planets. Your employer, the Crayven Corporation, chose you to command an army of ground and air forces on the distant world of Krig-7-B. You thought it would be just another brush-fire war in a longstanding dispute. You were wrong.

Ground Control Anthology offers a thrilling RTS experience beloved by fans and critics alike. With a trendsetting mixture of 3D action and strategic combat, it’s still just as epic as it ever was.

It’s 2741 and the universe is at war. The savage Terran Empire is laying siege to the Northern Star Alliance, a treaty of colonies that upholds freedom and democracy. After losing the battle in space, the NSA is forced to retreat to its last stronghold. The situation is desperate, but for the NSA, destiny is at hand. Its only hope now lies in an ancient legend...

*Multiplayer notice: Because Massgate is no longer operating, playing over the Internet is no longer possible. Playing through a LAN is still available.