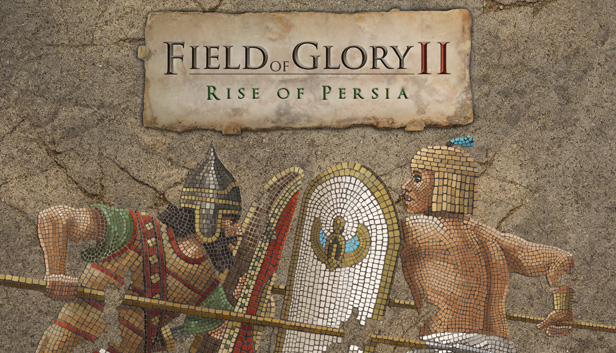 This expansion extends Field of Glory II back to 681 BC, and allows players to experience the last flowering of chariot warfare in the ancient near-East. It chronicles the decline and fall of the Neo-Assyrian Empire, the rise of the Median and Babylonian Empires, and the conquest of these and the Lydian and Egyptian Kingdoms by the Achaemenid Persians.

The Neo-Assyrian Empire, founded in the late 10th century BC, reached its greatest extent at the end of the reign of Esarhaddon (681-669), stretching from Mesopotamia (modern Iraq) in the East to Cilicia (in southern Turkey) in the north-west, and Lower (northern) Egypt in the south-west.

Its last strong king was Ashurbanibal (669-627), though Egypt seceded quietly during his reign. Following his death the situation rapidly deteriorated, with a series of civil wars. In 626 Babylonia rose in revolt. Between 616 and 609 the Assyrian Empire was destroyed by an alliance of Medes and Babylonians. The Babylonians under Nebuchadnezzar II then took over most of the former Assyrian Empire, only Egypt remaining independent. The Medes carved out a large empire in the north and east, halted in the west only by the Lydian Kingdom in western Asia Minor. By the mid 6th century BC, the fertile crescent was divided between four powerful states, the Neo-Babylonian Empire, the Median Empire and the Kingdoms of Lydia and Egypt.

In 553 Cyrus II the Great, King of the small Persian Kingdom of Anshan in the Persian Gulf, revolted against his overlord and grandfather, the Median King Astyages, and took over the Median Empire, which thus became the Achaemenid Persian Empire. He conquered Lydia in 546 and Babylon in 539. Egypt was conquered by his son Cambyses II in 525. This made the Achaemenid Persian Empire the largest the world had yet known, stretching from the Bosporus to western India.