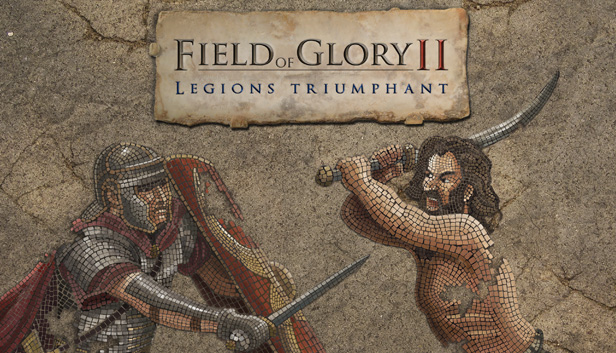 Legions Triumphant expands Field of Glory II forwards five centuries from the first Emperor, Augustus, until 476 AD when the last Emperor of the Western Roman Empire, Romulus Augustulus, was deposed by his barbarian troops.

You can be part of the final conquests of the Roman Empire in Britain, Germany and Dacia, and then the Pax Romana when the legions on the frontier mostly kept at bay the barbarians to the north and first the Parthians, then the Sassanid Persians, in the east. You can also witness the final disintegration of Western Roman power under pressure from the Germans and Goths (themselves attempting to outdistance the rising power of the Huns), and the desperate attempts of 5th century leaders to hold at bay the barbarian tide, using armies at least partly consisting of barbarian troops.

Legions Triumphant follows the development of the Roman Imperial Army through its heyday, its late 3rd century AD reorganisation to deal with new threats, and subsequent decline. It also follows the rise of its various enemies, the Germans and Goths, the Sassanid Persians and the dreaded Huns.

Other major changes in the free patch: