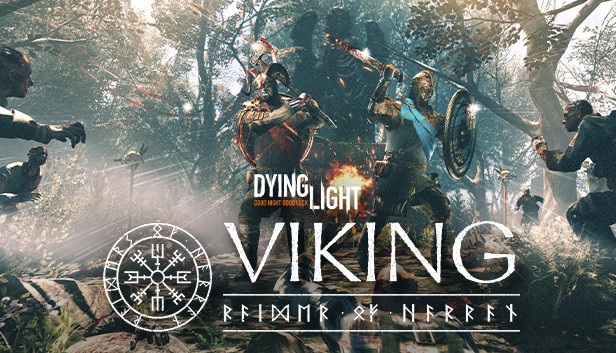 Who said Vikings did not fight zombies? They’d better get their facts straight because there seems to be a precedent in Harran. The deep has washed up a Norseman. What Norseman? – you’d ask. Why, you, of course! And you’ve never looked better. After all, what are some zombies compared to what you’ve already been through? Wars, bloodbath, plundering… Harran surely is just yet another place you’ll conquer. And we’re going to help you.

A true Viking like yourself would never settle for mediocrity, thus, you shalt have the finest gear. Whether you like your conquering style classical or fancy, we’ve got you covered. Two amazing high-end player skins are waiting for you, ready to get besmirched with zombie blood. And since we’re already speaking about blood, you’ll be able to butcher your enemies with a brand-new, shiny sword, axe or shield, which, too, come in two versions! Serve the Infected some old-school slaughter or burn them with fire! Whatever’s to your liking. Finally, you didn’t think we’d leave you without your ship, did you? We made some modifications to adapt it to the new environment and now you can raid Harran like a king in this true raider’s ride. Fair winds and following seas!