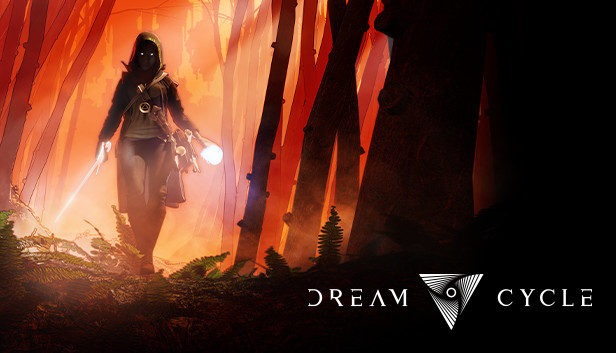 Discover the next evolution of action adventures with Dream Cycle, an ever-expanding portal into the unknown brought to you by the creator of Lara Croft, Toby Gard. Trapped in a shattered dimension, you take the role of Morgan Carter, a modern-day arcane apprentice. Defeat the corrupted inhabitants of the Dreamlands to break the curse. Use stealth, traps, spells, and illusions to quietly clear the way or challenge enemies head-on, exploiting their weaknesses with conventional weapons. Only by destroying these soulless opponents can you venture deeper into the Dreamlands, discover the truth of your story, and maybe… just maybe… find a way out.

When her Essence is stolen by a long lost relative, arcane apprentice Morgan Carter finds herself trapped in the Dream Realms on the edge of death. With the Realms shattered and corrupted, she must track down her legendary Great Great Grand Uncle Randolph Carter in order to take back her power, thwart his plan to become a God, and bring light to the Dreamlands.

Designed by Toby Gard, creator of Lara Croft, Dream Cycle features an original story based on H.P Lovecraft’s series by the same name, as well as music by Tomb Raider composer Nathan McCree.

Continue to develop and adapt your character as the vast expanses of the Dream Realms open up over time.

Explore and plot your own path through the Dreamlands, following story leads and gathering new powers as you enter the Deep Gate and traverse each of the 10,000 adventures within each map tile. Every time you cross the threshold, you will land in a unique sandbox which you can freely traverse by climbing, teleporting, or even flying. Approach your objectives any way you want and restore the world to balance.

Whether you want to master the sword in hand-to-hand combat, perfect your aim in dynamic first-person gunplay, or cast fire down on your foes with powerful magic, there are ways to build your character around each strength. With eight spell slots available at all times and a highly flexible perk system, you can become the occultist adventurer you want to be.

Enveloping your journey through the Dreamlands is an original soundtrack written by the original Tomb Raider composer, Nathan McCree. Dream Cycle is also professionally voiced, bringing the story and your adventure to life.