Dead by Daylight - The Halloween® Chapter 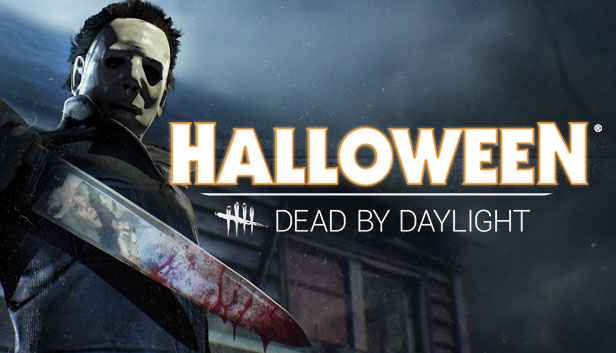 HALLOWEEN® is a Chapter for Dead by Daylight, where you’ll witness the purest form of evil. Where pain is the beginning and death is the end. You’ll get to meet Michael Myers himself. Together with Laurie Strode, you’ll either fight for survival or slaughter in their old hometown, Haddonfield.

The masks we wear...
A white mask that stalks the night. A simple babysitter who wouldn’t hurt a fly, a town that felt safe as they went to sleep with unlocked doors. Whatever happened that dark Halloween Night?

HALLOWEEN® is a Chapter for Dead by Daylight and it includes a new Killer, a Survivor and a Map.

A familiar face
We all hide behind masks. Some more than others, and for Michael Myers, this is more true than ever. If there is any humanity left inside him, it is hidden behind his mask. All his screaming victims see are lifeless eyes as he robs them of their lives.

Obsessive behaviour
Michael Myers is a disturbed being with a mind only focused one thing, killing. He is beyond help, and the only thing that can sooth his mind - for a while - is to kill. His power is called EVIL WITHIN, and as he stalks his prey, he starts to obsess, thus tagging a Survivor as an Obsession. This in turn, changes the chances of survival radically.


Michael Myers also comes with 3 new Perks, all based around Obsession.


Save the best for last
– As Obsessions stays alive, cooldown of missed and successful attacks are decreased.

Dying Light
– The Obsession’s’ speed for altruistic actions - such as healing and rescuing - is increased. But once killed, there’s a penalty to repairing, healing and sabotage for other Survivors.

Play with your food
– As you let your Obsession escape after a chase, your movement speed is increased.

The babysitter
Laurie Strode’s suburban way of life was simple, even boring from time to time. Sunday night dinners. Game shows on TV. She filled her days with school, earning a few bucks babysitting the neighbor's kids and seeing friends. Her life and name would never had made the headlines or earned it’s spot in the town’s history, if it weren’t for that one fateful night.

Escape - again and again.
Laurie has done this before. Escaping and surviving, over and over again. Her perks are focused around becoming the Killer’s Obsessions. Laurie is a survivor by heart and will never give up.

Decisive Strike
– As a last way of escaping the Killer’s grasp, Laurie takes a stab at the Killer.

You are now entering Haddonfield
Nobody would ever suspect that a place like Haddonfield could shape the terror that is Michael Myers. It’s a calm place, a secluded place, a place where you can take a midnight stroll with your dog and never think twice about what’s hiding in the dark. But that Haddonfield is no more. Instead a new place has formed after the events. A place where people make sure that their door is locked. A place where you might see a neighbor, just gazing out in the dark, as they thought they saw someone…

Welcome home, Laurie!
Haddonfield is a brand new map for DEAD BY DAYLIGHT.

Echoes of children’s laughter and carolers can still be heard as you enter Haddonfield. Houses, streets, rusty bikes and driveways fuse together with the dark night and create a realm of fear and horror. But don’t be fooled by the town’s calm facade. Instead, be alert and aware of Haddonfield’s dark past. As you’re now part of it.