Dead by Daylight - Portrait of a Murder Chapter 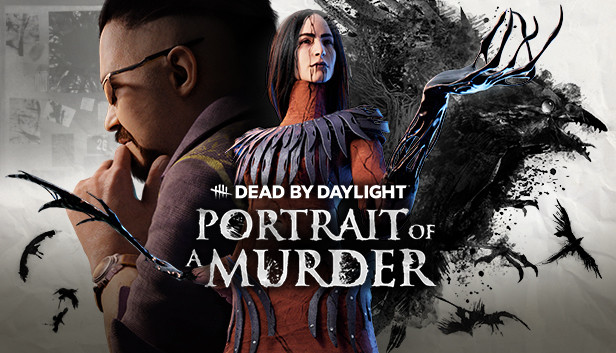 Behold the Portrait of a Murder. The Dead by Daylight Chapter includes a new Killer – The Artist – and a new Survivor, Jonah Vasquez. The new Forsaken Boneyard Realm will be opened for all players. Purchasing this add-on also unlocks an exclusive cosmetic for Jonah: The Crimson Shirt.

The new Killer is The Artist. Carmina Mora’s surrealist paintings were both compelling and controversial. After a brutal encounter left her maimed, The Artist was taken by The Entity. Twisted into a grotesque vessel of vengeance, she turned anyone in her path into carrion for the flock.

The Artist’s Power: Birds of Torment

From a wellspring of eternal agony comes a swarm of darkness, a wild and ferocious murder of ink black crows.

Pressing the ability option sends the Dire Crows into flight, with a Flight Path visible to the Killer. Flying Dire Crows will inflict damage for a short duration. After continuing beyond the established Flight Path, Dire Crows will no longer damage Survivors. Instead, they will swarm any Survivors they hit, revealing that Survivor’s aura until the swarm can be repelled using a Repel action. If a swarmed Survivor is hit by a second Dire Crow, they will receive damage.

The Artist comes with 3 new perks.

Your act of servitude to The Entity has not gone unnoticed. ​After hooking four different survivors, The Entity blocks all generators for a period. When this occurs, the aura of the Killer’s Obsession becomes briefly visible.

Overwhelming pain reverberates outwards into chaos. ​Begin each trial with up to four Scourge Hooks. After hooking a Survivor on a Scourge Hook, the generator with the most progress explodes and loses progress. Any survivor repairing that generator will scream and reveal their location.

The new Survivor is Jonah Vasquez. Deciphering math equations and the secrets within was second nature for the seasoned codebreaker. Now, he sees the ominous truth at every turn. A formula pointing to a haunting reality beyond comprehension. But as Vasquez knows better than most, there’s strength in numbers.

You’ve calculated how much energy you can risk to expend. ​Upon being injured, retain the movement speed bonus for an additional duration. Overcome causes the Exhaustion status effect and cannot be used while Exhausted.

You quickly analyze problems and correct other’s work when they make a mistake. ​Begin a trial with Corrective Action tokens. Gain additional tokens with great skill check. When a Survivor fails a healing or repairing skill check while cooperating with you, a token is consumed to turn their failed skill check into a good skill check.

When it seems like your number is up, you consider ways to recalculate the odds. ​Bless a Dull or Hex Totem to create a Boon Totem. All Survivors within the Boon Totem’s range can quickly recover and pick themselves up from the dying state.

Screams will fill the Forsaken Boneyard, a surreal nightmare drawn from The Artist's dark imagination.

*This map is free for all players.

The Portrait of a Murder chapter includes an exclusive item for Jonah: Crimson Shirt, only available as part of the DLC. Please note that this item cannot be purchased separately.