Dead by Daylight - Hour of the Witch Chapter 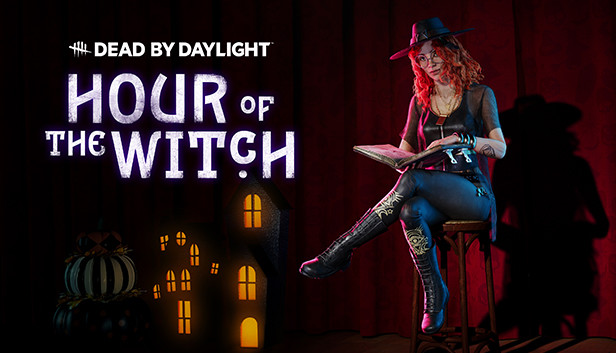 Hour of the Witch is a new Chapter in Dead by Daylight. It includes a new Survivor, Mikaela Reid. Purchasing the add-on unlocks both the new Survivor and her exclusive item: Mikaela’s Crescent Camisole.

Haunted by the passing of her father, new Survivor Mikaela Reid found comfort in the unlikeliest of sources: horror stories. The more she read, the more she also wrote, sharpening her own tales of horror while developing a keen interest in witchcraft. After receiving an invitation to read her work at the renown Endless Halloween Festival, Mikaela found herself plagued by a series of disturbing events. Recurring nightmares. Strange visions. The disappearance of a friend. When she finally took to the stage on All Hallow’s Eve to tell her tale a thick black Fog engulfed her, to the audience’s amazement. Mikaela Reid was never seen again.

After cleansing a Totem, hold the Ability Button while empty-handed to activate your aura-reading ability. The auras of exit-gate switches, generators, hooks, chests, and the hatch become visible across a large area.

Hold the Ability Button near a Dull or Hex Totem to create a Boon Totem. Survivors within the Boon Totem’s range gain a substantial healing speed-bonus and can heal themselves without needing a Med-Kit. Only one Totem may be blessed at a time.

Hold the Ability Button near a Dull or Hex Totem to create a Boon Totem. Survivors within the Boon Totem’s range will have their scratch marks and auras hidden to the Killer. Only one Totem may be blessed at a time.

The Hour of the Witch chapter includes an exclusive item for Mikaela : Crescent Camisole, only available as part of the DLC. Please note that this item cannot be purchased separately.

Not all witches are wicked. Never-before-seen powers have arrived in the Fog…