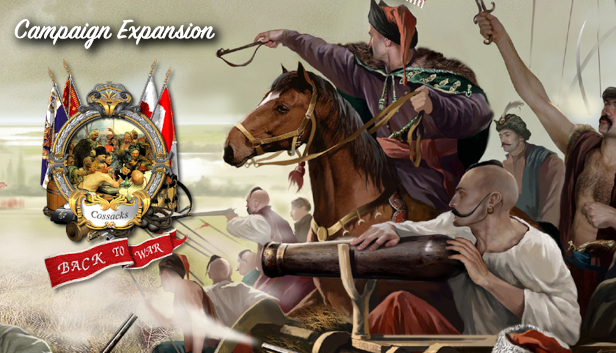 This expansion contains four single-player campaigns from the original game "Cossacks: European Wars", and five – from "The Art of War": nine campaigns with 63 hardcore missions. Play additional 30+ hours of Cossacks!

The campaigns allow becoming aware of historical events' large scale. Thus, grandiose battles of up to 8,000 units are fought on the map. The expansion contains much historical data, and the game itself includes a spacious encyclopedia about wars, battles, nations, technologies, armies, and units having been used in Europe in XVI-XVIII centuries.

Large-scale wars and campaigns of XVI-XVIII centuries are available for single-player. The most noteworthy are: the English battles at the Caribbean’s, the Ukrainian independence war (1648-1657), Russian expansion to Europe, Thirty Years' War in France, Arabian pirates, and many more.