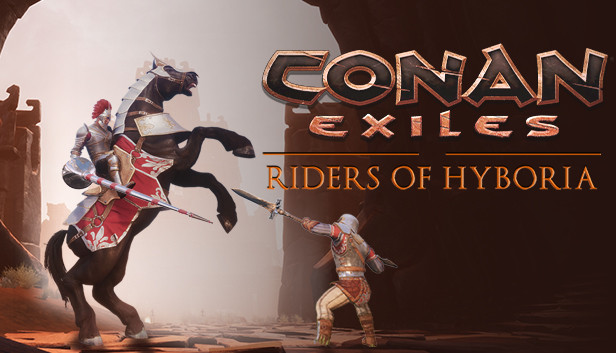 Mounts have arrived in Conan Exiles! The update introducing mounts is free while the Riders of Hyboria Pack offers lots of new content and options for this new feature.

You can now ride in both force and style through the Exiled lands and crush your enemies with brutal cavalry charges. Lower your lance and skewer opponents or pick them off at a distance with mounted archery.

With the Riders of Hyboria Pack you can not only equip your horse with unique new saddles, but also gear yourself up in knightly armors and weapons from the region of Poitain.

Build a stable for your horses with new building pieces and decorate it with placeables such as carts, haystacks and wheel barrows.

All the new content in Riders of Hyboria Pack is exclusive to this DLC and adds a host of new visual options but does not give any in-game advantage in power. All the new items have comparable stats to existing items.