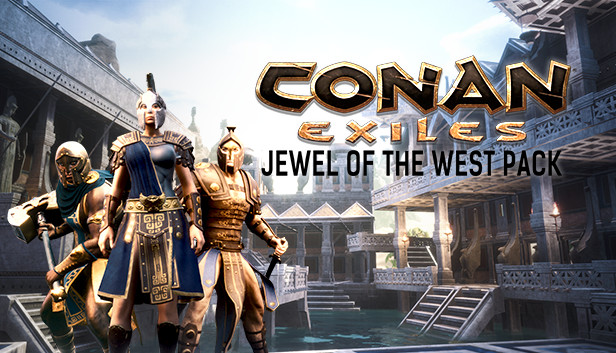 Get your hands on all new building pieces, placeables, weapons, armors and warpaints from the powerful kingdom of Aquilonia!

The new content allows you to build exclusive new houses and settlements with a complete set of Aquilonian building pieces. Build structures sheathed in smooth marble to create a whole new look for your base.

Don three new armor sets like the Aquilonian Scout light armor and wield weapons like the lion-headed Aquilonian Mace. You can also craft many new placeables like Aquilonian statues, braziers and jars and use new warpaints to change your look.

Jewel of the West Pack contains:

All the new content from Aquilonia is exclusive to this DLC and adds a host of new visual options but does not give any in-game advantage in power. All the new items have comparable stats to existing items.