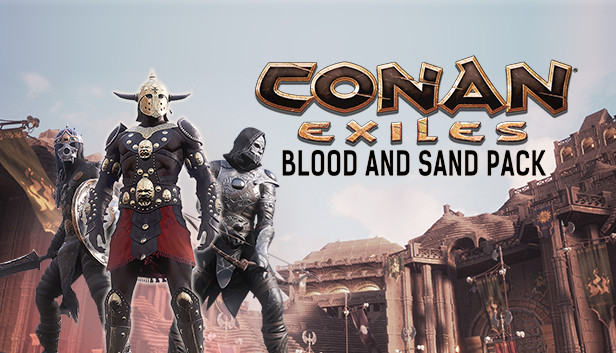 The battle over the Exiled lands is brutal and relentless. With the all new Blood and Sand Pack you can crush your enemies wearing all new armor sets and wielding fearsome weapons while fighting in new vaulted tunnels and arenas.

The mighty two-handed axe and short swords have just been introduced to Conan Exiles and with Blood and Sand you can get your hands on five new great axes and five short swords.

Build awesome new arenas and fill them with all new war banners, gates, vaults and much more!

All the new content in Blood and Sand is exclusive to this DLC and adds a host of new visual options but does not give any in-game advantage in power. All the new items have comparable stats to existing items.