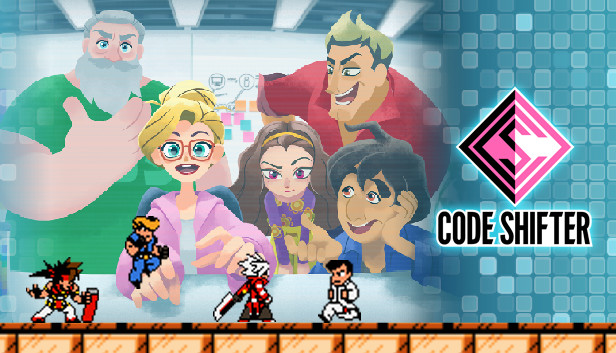 The story takes place in the development offices of a software company, ""Awesome Rainbow Corp"". Trouble arises just as you're gearing up to release the final version of the game! Many mysterious bugs are occurring, and time is running out! To deal with this situation, a programmer, Stella, whips up a debug program: ""CODE SHIFTER"". ""CODE SHIFTER"" will let Stella's avatar ""Sera"" dive into the game and start fixing things up. Will Stella and her coworkers be able to find the origin of these bugs and deliver the game before the launch date?