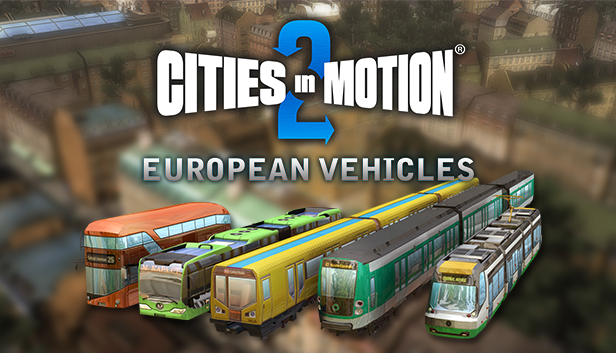 THE WHEELS ON THE BUS GO ROUND & ROUND

Pack yourself in one of five new vehicles inspired by the efficiency of large European cities and designed to keep your cities in motion. These new vehicles are not only easy on the eye, but they ride like a seamless untroubled dream.

Jump on and experience the thrill of Jubilee GL and Roadmaster 2000. The Roadmaster is a modern classic and a very recognizable one with its two-storey build and red colour scheme. The GL might be slow on the turn, but makes up for that with fuel efficiency and low maintenance.

For those who like to stay the course whilst being partial to rails, there is the City 26 tram, with its very low fuel consumption. For larger masses, try out the Galaxie HK metro train, or when your system serves huge amounts of people, head straight for the Musketeur 01. The Musketeur 01 has a sophisticated, sturdy and steel design that offers much despite its large fuel consumption.

Become the conductor. Do the locomotion!