Chronicles of Mystery: The Scorpio Ritual 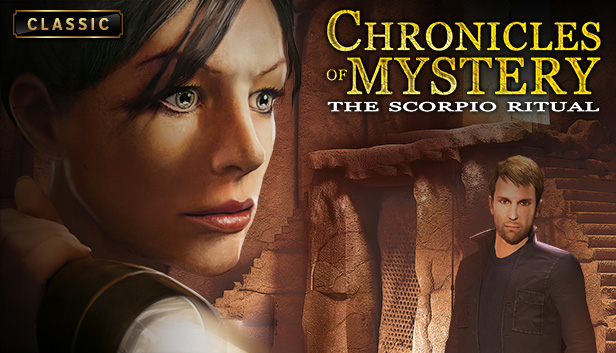 Created by City Interactive S.A., Chronicles of Mystery is a classical point and click adventure. It is the newest product of the authors of the well-known game Art of Murder: FBI Confidential. An archaeologist, exploring a dark ancient secret, is kidnapped. A fellow archaeologist, Sylvie Leroux, decides to find him. The game requires fast thinking and impeccable logic. Overheard conversations and gathered items become and important source of information, helpful when it comes to solve puzzles.

Sylvie Leroux is a seemingly regular archaeologist. Her peaceful life is turned upside down when she discovers the disappearance of professor Olivier Leroux, a well known historian and archaeologist. Sylvie decides to find him, so she goes to Malta where he was recently working. Everything suggests that the professor stumbled upon an ancient, dark mystery. Unfortunately, he was not the only one. There are some people who want the mystery to remain unsolved. Others want to apprehend him and will stop at nothing to achieve their goal.

What happened to professor Leroux? What terrible secret did he uncover? Who are his pursuers? In her search for the answers, Sylvie embarks on a perilous journey, filled with adventure worthy of Indiana Jones to uncover a plot as sinister as the one from “The Da Vinci Code”. Her private investigation will take her to Malta, Turkey and Vatican.