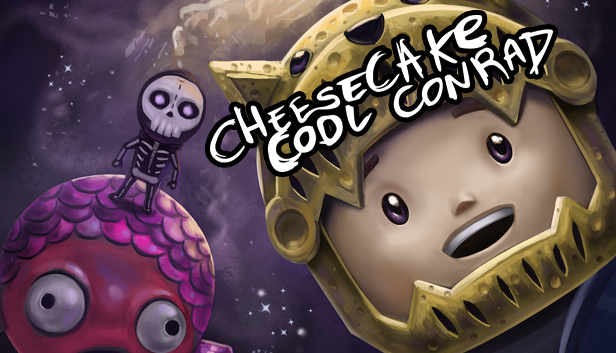 King Banana accidentally dropped his Ice Cream Wife, spreading her pieces across the universe! Only a Cool brat like Cool Conrad can help him to overcome this disaster! Cool Conrad will gather the Ice Cream Crystals and face bizarre dangers for a chance to marry Princess Cheesecake!

As Cool Conrad, the player must bounce from planet to planet, dodging any dangers in his way, like green cupcakes, dragon cows and many more!

The goal is to obtain the different Ice Cream Crystals in the correct order and bite the cheesecakes to unlock new worlds!