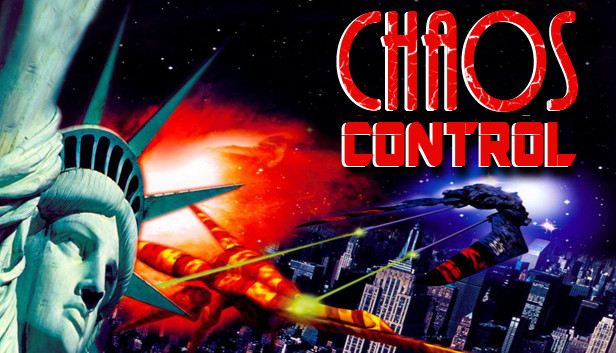 Chaos Control, a super-production designed entirely on Silicon Graphics, takes you to the heart of a fantastic epic that blends cyberculture, virtual travel and manga graphics. At the controls of a space fighter, your dangerous missions will lead you into a unique spectacle with multiple, fantastic sets in full screen 3D vision.

It's the year 2071. Only one space fighter has the courage, composure and razor-sharp reflexes to eliminate the savage Kesh Rhan Extraterrestrials...ace pilot Jessica Darkhill. As Lieutenant Darkhill, your missions encompass heart-stopping battles in four distinctly different, full-screen synthesized universes. Your destiny - to save EARTH.

First you must liberate Manhattan. If you succeed, enter the core of a virtual reality computer to neutralize a lethal virus. Then soar to outer space to destroy the enemy's well-fortressed flagship. Finally, master a fearsome labyrinth of traps to greet and beat your nemesis, Lord Commander Arakh' Kreen.