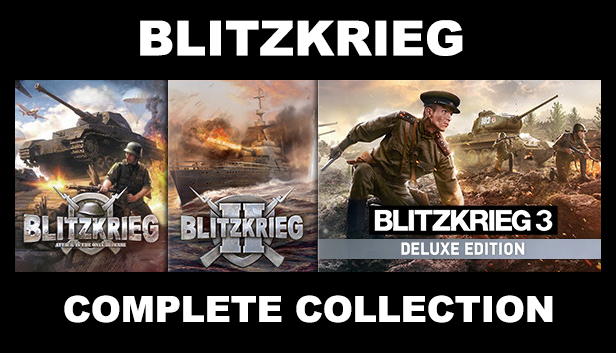 Eisenhower, Rommel, Zhukov; Assume your rightful place among the great generals commanding the Allies, Germans or Soviets as they advance through the decisive battles of WWII. Blitzkrieg is the latest development in WWII real-time strategy gaming combining flexibility, historic accuracy and endless playability into one of the most challenging and enjoyable games yet!

Blitzkrieg's unique and completely flexible campaign structure puts you in control of deciding how your forces will fare in each of the major engagements that comprise three central Campaigns. Hardcore vets have the option of engaging the enemy immediately in a desperate struggle for battlefield dominance, or more cautious players can choose from pre-defined or unlimited randomly generated side missions as they gain experience, promotions and weapons upgrades as well as wear down the enemy before the central conflict.

Blitzkrieg II comes with tremendous focus on new strategic opportunities, global war and gritty realism of WWII battles. On the side of Soviet Armed Forces, US Army or German Wehrmacht you plan entire operations and lead your men into fierce action, choose reinforcements and use a wide range of new weapons in three full-blown campaigns that span the globe. New graphics engine and significant step over the original game get you in control of the most dramatic and bloody conflict of the past century.