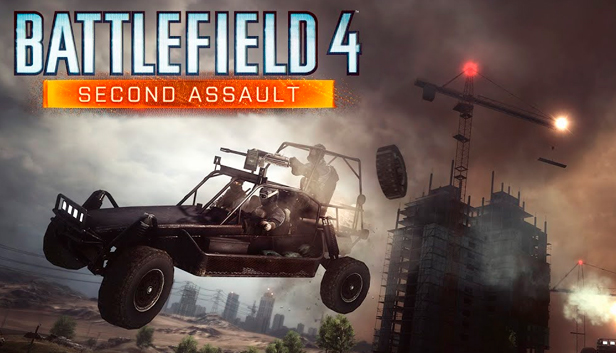 Second Assault brings back four fan-favorites that are more challenging than ever before. What’s better than playing on classic Battlefield 3 maps? Playing those maps updated with the power of the Frostbite 3 engine!

• Operation Metro 2014: Fight both enemy opponents and claustrophobia in subterranean Paris. Bring the sky down on your opponents with destructible ceilings, and trap them in the flooded subway tunnels.

• Caspian Border 2014: The central communications tower is now a hammer, ready to fall on your enemies. Take advantage of the confusion by fortifying your teammates in the new vantage points along the walls.

• Gulf of Oman 2014: Everything feels normal on this map until the sandstorm whips through, destroying visibility and reducing the efficacy of your combat vehicles.

• Operation Firestorm 2014: Create Hell on Earth as you breach the refinery pipelines and send gouts of flame to roast your opponents.

Deploy five new weapons and execute on 10 new assignments, each with their own unlocks. Play Capture the Flag made even more fun with the returning Dune Buggy. The classics are new again in Second Assault!