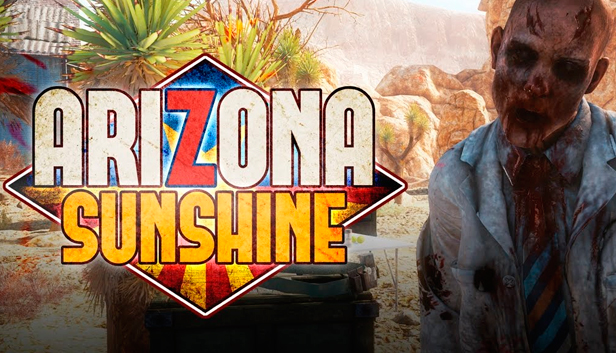 Virtual reality meets the zombie apocalypse! Arizona Sunshine is a first-person shooter built exclusively for VR that immerses you in a post-apocalyptic southwestern America overrun by zombies.

When you hear a flash of a human voice on the radio, your hopes surge - there are survivors out in the blistering heat of the post-apocalyptic Grand Canyon state! Armed with little more than your motion-controlled weapons and the scarce ammo and consumables you find along the way, you need to navigate the hordes of zombies coming for your brain in your desperate search for human contact.

Developed from the ground up for HTC Vive and Oculus, Arizona Sunshine puts you in the midst of a zombie apocalypse. Handle weapons with real-life movements, freely explore a post-apocalyptic world, and put your survival skills to the test in VR - putting the undead back to rest is more thrilling than ever before.