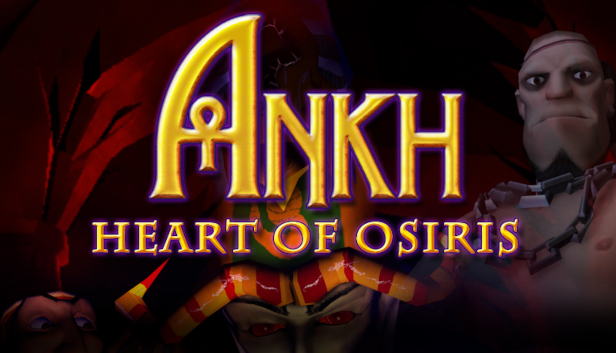 This time he will not fail. This time Osiris will show the world of humans what he's made of. But the ankh alone is not enough - not as long as he hasn't found the most important part of his body: his heart.

Life has not been kind to Assil. Only three weeks ago he managed to ward off his death curse. Since then a relationship (with Thara) has hit the rocks and the Ankh was stolen from him (by sinister assassins). Assil sets out to get it all back.

He is not the only victim, however - there is another: the pharaoh! One moment he sits on his throne, lazy, sluggish and with a heck of a hangover, the next he is a slave in his own quarry - how could this have happened? And more importantly: how is he going to get out of this without getting killed?

Ankh: Heart Of Osiris is even more intense and more bizarre as it takes the player even deeper into the lazy world of old Cairo. You'll meet a lot of familiar faces, but there are plenty of new surprises and the same black humor found in the first Ankh.