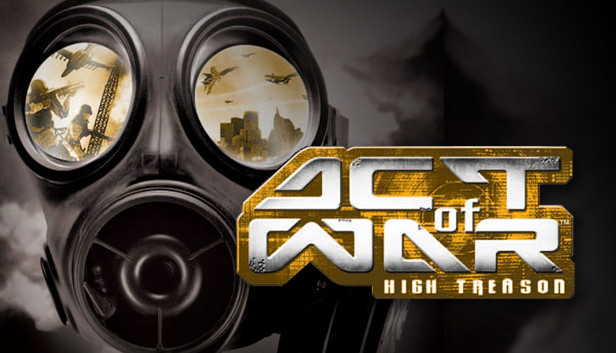 This is the Sequel to Act of War Direct Action and does not require the original game to play.
Act of War High Treason is the thrilling continuation of 2005’s best new military RTS, Act of War Direct Action. With its fast-paced, action-packed and well-balanced gameplay, extensive tech tree and amazing visuals, this ultra-realistic modern military RTS was an instant smash hit with reviewers and gamers alike!
With naval combat, tons more multiplayer options, expanded tech trees and a massive new single-player campaign, High Treason contains hundreds of hours of intense RTS gameplay!
Control the ultimate in cutting-edge military technology and units in this first look at tomorrow’s war!