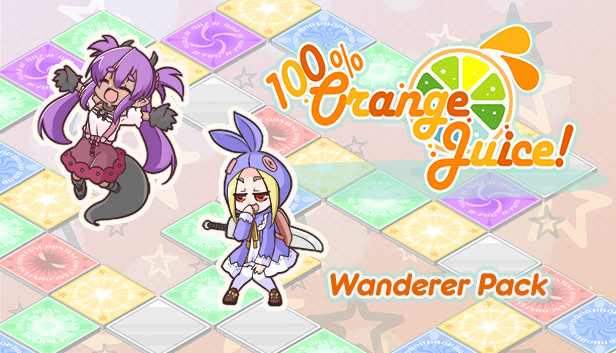 This Extra Character Pack for 100% Orange Juice adds 2 new playable characters original to 100% Orange Juice - the boundlessly confident Ellie who's looking for her mother, and her mysterious friend Lulu who has lost her memory. The new characters come fully voiced and have their own campaign!

The new characters are designed by Orange_Juice's original staff for the game’s English Steam release, with character and hyper card art by Hono.