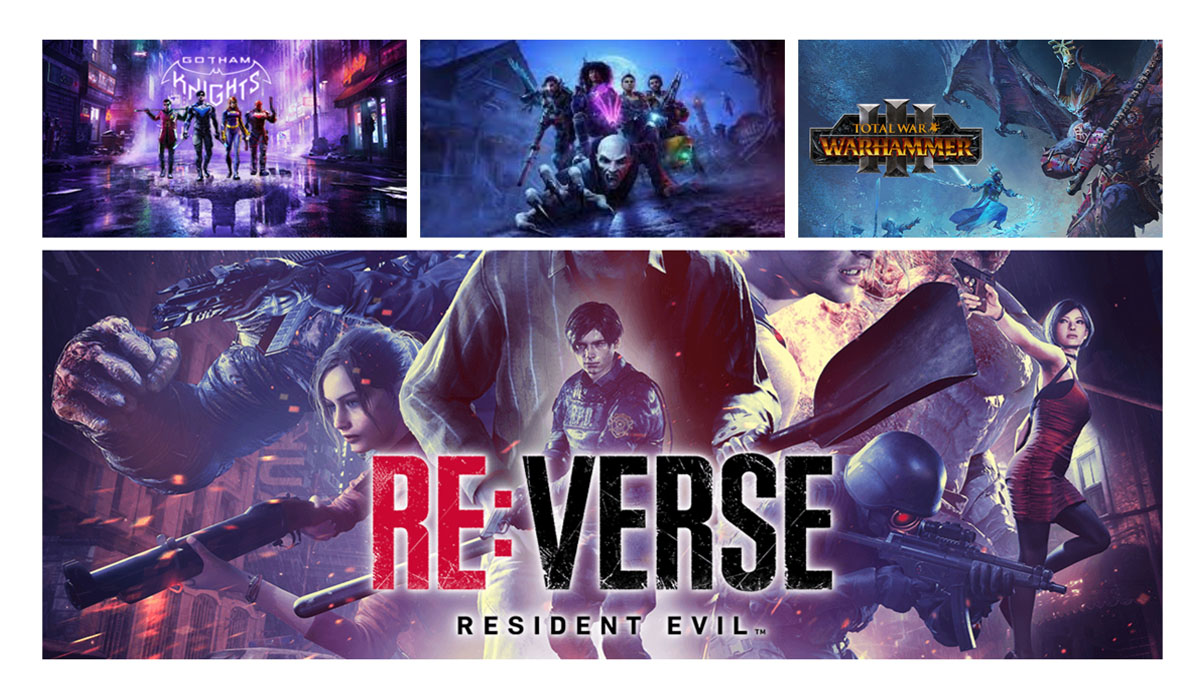 As we mentioned in the first part of our Most Awaited Games Coming in 2022 blog, next year promises to be huge both in terms of the number of released games, as well as regarding their quality. In this part we will mainly cover the games that are yet to receive exact release dates, so here we go!

Total War: Warhammer III will hit us with a totally different look of the battles, compared with the previous two games of the series. The Tzeentch warriors are attacking with palettes of neon purples, blues and greens, lighting up the field with colours, while the defenders of Grand Cathay fighting under the command of dragons in a human form are equipped with double-ended halberds and armors with images of dragons. Creative Assembly announced that the release of the game will happen in “early 2022”.

Despite already having a release date, the developers of Starfield have given us too little information about the game. So far the only teaser trailer that offers a very partial view of what the game could become was unveiled by Todd Howard, showing an inscription on glass and a weapon with a holographic ammunition counter. I am sure we will know more once we approach the release date, which is November 11, 2022.

A new Batman game called Gotham Knights is coming in 2022 to the delight of all fans of the series. Bruce Wayne is dead, buried under the rubble of the family mansion which suddenly collapsed, but the city of Gotham will not remain unprotected. The title of the game cannot be misleading as players can play with all four guides from the Batman universe: Batcrill, Robin, Knightwing and Redhood. Each character will obviously have different abilities that should be used to deal with the threat of looming over the city alone or in the future.

With a confirmed launch window for the summer of next year, the creators of Prey, Dishonored and more recently Deathloop, will satisfy our hunger for some shooting with their latest game. While constituting an open world shooter, Redfall will be faithful to the DNA type of Arkane, with the aim of giving life to an intense immersive sim.

The Test Drive Unlimited series comes back with a vengeance after being missed for almost ten years. The new game of the series Test Drive Unlimited Solar Crown is coming on September 22, 2022 and will let us play within a completely recreated Hong Kong Island, while Aston Martin DB11 and Range Rover will definitely be two of the cars that we will be able to drive.

Having been postponed a few times already Prince of Persia: The Sands of Time Remake should finally arrive in 2022. It will bring a lot of graphical enhancements and re-designed gameplay mechanics as you play as the Prince of Persia embarking on a journey to save the kingdom from the Vizier.

Besides Gotham Knights there will be another game of the Batman Universe coming in 2022. Suicide Squad Kill the Justice League aims to be released on PC, but also on next-gen consoles, namely PS5 and Xbox Series X. Rocksteady has confirmed that there will be four playable characters: Harley Quinn, Deadshot, Captain Boomerang and King Shark. Of course, each team member is equipped with their own unique weapons. Harley Quinn, for example, has her own baseball bat. King Shark has two cleavers and a big gun, Deadshot has a jetpack and guns on his wrists and finally Captain Boomerang uses a boomerang.

The Lord of the Rings: Gollum is an action adventure starring one of Tolkien's cult characters. The game is mainly stealth, but also parkour with platform phases, as well as a narrative based on moral choices - a very careful amalgamation is needed so that even Gollum can savor his moment of glory. It will be released in 2022 for both PC and consoles - PS4, PS5 and XBOX.

Having been first announced at Gamescom 2019, Kerbal Space Program 2 is one of the most anticipated games ever since. It is the sequel to Private Division's acclaimed Kerbal Space Program space flight simulation game and has been redesigned from top to bottom to meet the needs of a next-generation space exploration game, while retaining the solid foundation that made its predecessor great. Develop a space program, build powerful vehicles, design self-sufficient colonies and set out to discover the secrets of the galaxy.

Avatar: Frontiers of Pandora, a first-person open world game set on Pandora, one of the most disturbing planets that the cinematic womb has ever given birth to. In this new story of its own, you'll be a Na'vi on a journey across the western frontier of Pandora, an area never seen before. Explore a living, pulsating world inhabited by incredible creatures and never-before-seen characters. The game is built with the latest version of the Snowdrop engine, owned by Ubisoft, and is yet another interesting title to be released in 2022.

Among the certainties of 2022 is also Forespoken - an action role-playing game in development by Luminous Productions. The game tells the story of Frey, a 21-year-old American with a very difficult story behind her and with a great desire to improve her life. During a conversation with her cat about plans for the future, Frey is suddenly catapulted into a new dimension through what appears to be an interdimensional portal...

There is also one great title for the fans of the real-time strategy games expected in 2022. Company of Heroes 3 will take us back to World War II playing as the US and British on one side and the Germans and Italian forces on the other. While the first game was set in Western Europe, and the second on the Eastern Front, the third installment of the series will take place in the Mediterranean with battles over North Africa and the Allied invasion of Italy.