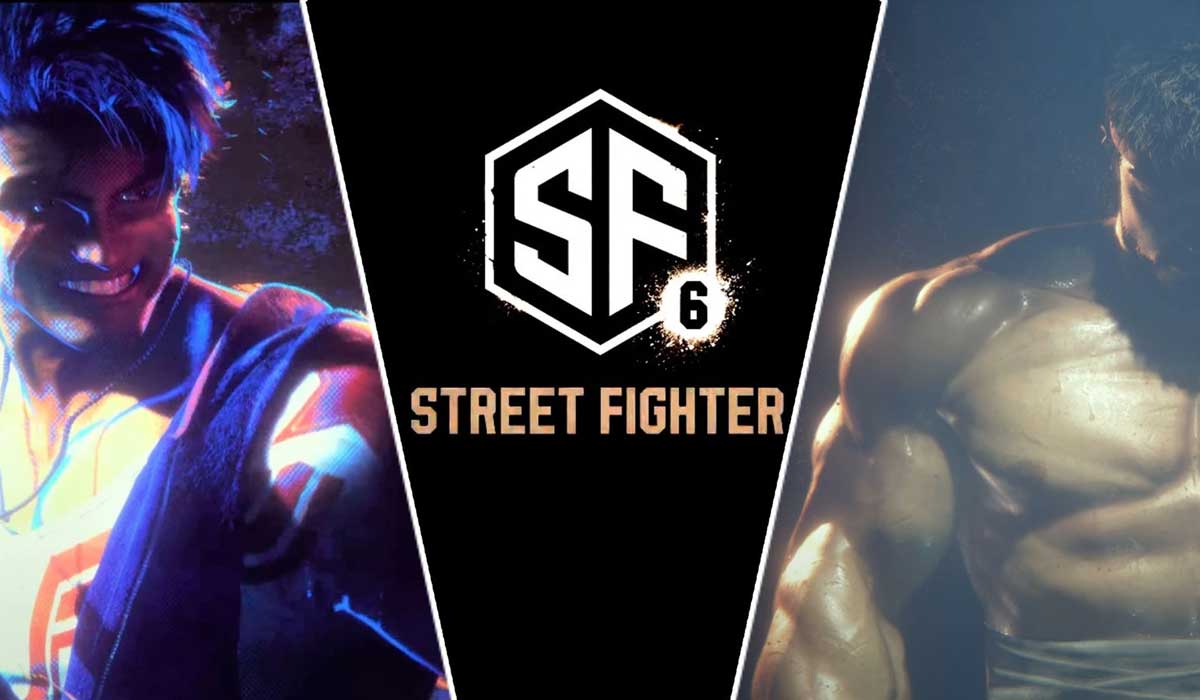 Just days ago, the mysterious countdown that Capcom used to keep us on the edge of our sweat ended and the gaming giant soon announced the release of the new Street Fighter 6 ! The teaser trailer has already garnered a million and a half views since it comes as no surprise to veteran fans, but to many we think it could be important and necessary to get up-to-date on the upcoming title in this fan-favourite fighting game franchise.

In this review we are going to discuss the teaser itself, some of the mechanics we would like to see in the upcoming title and possible details around it, as well as some of the already known (even though scarce) information that we know of. So, buckle up and get ready for a few rounds of intense sparring as we venture in world of one cornerstone title that has laid the foundation of the VS. fighters in gaming.

Let’s first clear out something about the Street Fighter 6 release date it may not be available this year although there have been some rumors (and if we consider the scheduled Capcom Street Fighter 6 leak from late 2020) it could happen in Q3 of 2022, the chance of that getting postponed is not yet completely excluded and it could even possibly be delivered to market at the start of 2023, so as of the moment of writing this review the specific date is not quite clear and is just giving some temporal direction to fans.

It could be speculated if this entry in the series is going to support cross-platform, as it should in our humble opinion, but we expect it to drop on all major consoles of all current market leaders such as Nintendo, Sony & Microsoft with their respective Switch, PlayStation 4 & 5 and Xbox Series X & S and maybe even Xbox One.

Even though footage materials are not big in volume or lengthy, we did get some really high-quality graphics and glimpses in the teaser from 21st of February 2022, which showcased an incredible attention to detail that devs and designers have put in.

It starts with some short close-ups of the iconic fists of Ryu getting ready for a brawl, his skin is covered in scars from the past, wounds he got over the years and now he is rocking a beard giving him a very distinct and different look from his original youthful version that was clean-shaven and had even a bit boyish look from a few decades ago. He is getting older and older, but the “Eternal wanderer” has not lost his well-built frame, fitness and good shape. On the other side coming out of the darkness is the “Shining star” from Street Fighter V – Luke, asking Ryu “Alright, are you ready?” and getting pumped towards the match, just as the music hits in. Luke then raises his right fist up, and the veins on his massive forearm just bulge up in a steamy demonstration of power, his now popular color-scheme of blue and yellow energy glow splash on the screen as he grins viciously towards Ryu, who on his behalf gets a black and white splashes as he goes into stance. Luke’s fist gets an ultra close-up and the title and Street Fighter 6 logo appears on screen, with just the CAPCOM logo standing after it on the blacked-out screen, without any other information around it, since the footage we just described depicts a game still in production and nothing is yet fully confirmed at this point, except the fact that we are certainly going to see Luke and Ryu on Street Fighter 6 .

Concept arts for some of the more popular Street Fighter characters , that lean towards the more photorealistic end, have emerged on the web and many are wondering if the series is going to follow the steps of Resident Evil and Devil May Cry in utilizing the RE engine as well. Debates over at Reddit have already started years ago with fans pointing towards the possibilities this move could offer in terms of visual graphics and art style. We could only await official confirmation on that, but we would love seeing it happen and getting such high-quality look for the title.

We sure hope to see some of the main characters we have grown used to in the series coming back for this entry as well, fighters of the ranks of Guile, Ken, E. Honda, Chun-Li, Zangief, Dhalsim, M.Bison and Vega should all be in it by default, right?

Although through the years there have been many additions to the roster, we could still find place for new fighters to join it and deliver some new fighting style or moves that we have yet to practice. Newcomers such as Luke, G, Oro and Akira have shown there still room for more introductions in the franchise and we should probably expect new names to join the matches for this entry as well, maybe some of the less popular and lacking in success characters would step down from the ring for that to happen, but as time goes we would probably get many updates in this aspect. We certainly like the aging process that the more seasoned fighters get as it shows their progression and story over the decades on the ring!

In terms of mechanics we would like to give a list of things that we think should be transited from the previous SFV title into the upcoming one, as well as some that we may want to see changed or removed as a whole, so here goes;

Gray health - SFV added a lot of game mechanics some more useful than others, but it was heavily focused on attacks and offense. Having that in mind the “Gray health” was something that we think could be kept in and get optimized as it is an interesting concept in the fighting genre in general. The idea that keeping your bar full while blocking would potentially save your match is no longer guaranteed, as all the damage that would have been done gets in the gray area of things and you still might lose it if not careful enough. By introducing this, players are stimulated to not camp a lot and stay active in a match at all times, monitoring their life and how much could they sacrifice as they are on the lookout for clean hits. If “Gray health” piles up you may have to wait for it to get restored as you take on a more offensive style while avoiding hits, as even one clean hit could drain it and leave you vulnerable.

Triggers – Character specific resources such as Luke’s are a great idea and would be awesome if they introduce more of these for other characters, as it would boost mastery over a character to fully control them and give you a reason to main your best fit and also have a few back up fighters that you know the ropes with well enough. It brings diversity in style, as now we have various walk and movement speeds and stances as well as trigger choice for the different types of characters, blending in a more complex character choice. It brings more flavor and unique approaches for playing and not feeling so universal across the board. Street Fighter has always been in the spotlight for such small details that stick out from other titles in the industry and hopefully they would keep their spark with the upcoming title.

Crush counters – With moves having some new properties depending on the point of the match, position or damage taken gives a new boost in the play style for players, making characters respond to certain conditions or meet them in-fight in order to reach the maximum potential they could offer is a great way to stimulate players to dive deeper and know what to expect from specific match setups. Knowing your selected character is one thing, but knowing what your opponents could go for in a match is on a completely another level.

Chip damage – Another interesting idea was that chip kills are not possible and they maybe should be removed as it is showing that slight damage delivering hits are not enough to finish a match, taking less and less damage even at fully lost life bar your opponent would still stand. Many games have slight damage attacks that could potentially end a match and sometimes it shows a player’s lack of spar control, or others making a statement by wanting to achieve victory with an interesting fighting style.

Boost in speed – Even though some characters are quite quick, others have been left in the slow zone with walks that take very much time to move towards your opponent, so one thing that should be considered is raising some of the speeds up a bit. That would bring more dynamics and definite faster pace for some of the bulkier fighters. Depending on the world building, feel and style of the game there could be a call back for some SF TURBO element to give a flare for players looking to get some rush from the game. Perhaps a regular and TURBO styled matches would do the trick, but we could only speculate over it at this point.

As a whole we could say that Street Fighter VI will deliver a massive boost in visuals and style that are up-to-date with the modern gaming industry. The franchise has always been fascinating fans from the big hall arcades in its early days towards today’s reality and we are sure it would keep doing the innovation in the field of the fighting game genre. There is much more information to come over the upcoming months so we are going to do our best to keep you posted on any substantial announcements and news around the game! Stay tuned and until next time!